For those readers who read the post I published yesterday, I want to offer my sincere apologies, but also thank those who had something kind to say about a job only half way completed. I did what every writer must have nightmares about: I mistakenly hit the publish button before my post was finished or edited. This is the finished rendition complete with a picture gallery, I hope.

After more than two months in the busy cities of Chiang Mai and Phnom Penh, I was ready to escape to the sleepy, laid back town of Kampot in southern Cambodia. I fell in love with this charming, French colonial town last year so was compelled to come back again. I stayed in the perfect place for me: a guesthouse called Mea Culpa about a ten minute walk from the centre of the town in a quiet garden setting. You can take a closer look by following this link: meaculpakampott.com.

Most of my week was spent working on my latest post “Phnom Penh Revisited”, reading, and sampling good food and coffee at some of Kampot’s excellent restaurants and cafes. I really think I could spend a month trying out all the eating places in this little town. Here are the ones I tried and can recommend:

By mid-week I was ready to explore some of the outlying areas of the town so signed up for tour of the countryside which took me to visit the salt flats where salt is harvested from the sea, a local pepper plantation where the famous Kampot pepper is grown, a Muslim fishing village, a temple cave, the Secret Lake which isn’t so secret where no one seems to know how it got its name, a trip to the nearby town of Kep for lunch at the Crab Market, and finally, a visit to the beach. We were a group of four and none of us was prepared for the crowd we met at the beach. Since it was the Chinese New Year, families from as far away as Phnom Penh had come for a swim and to picnic.   Towards the end of my stay, I decided to pamper myself with a massage at the Banteay Srey Woman’s Spa. This spa was started by a Canadian woman from British Columbia as a project to give poor Cambodian girls the training necessary to get them off the streets of Phnom Penh into an honorable profession where they can now proudly display their skill at administering healing massages and cleanses and surprisingly creative henna body art. I had one of the best massages ever, consisting of a total body scrub with milk and turmeric followed by a steam bath of fragrant herbs. When finished my skin was a soft as a baby’s and I felt wonderful – at least 20 years younger!

Although some travellers might find Kampot just a little too laid back, the majority of Cambodians as well as the French colonials who helped build it used it as a place to chill out and to escape the heat and chaos of the city. Those who come here to visit or stay prove this is still true today. For instance, many of the restaurants, resorts and guesthouses are owned and run by ex-pats from Europe, Canada, and the US. They all love the lifestyle and are working hard to maintain it. There are still some of the old French buildings needing repair but many have been restored to their original glory. Not only the architecture but also the scenic riverside boulevard which is unmistakingly French is helping to preserve the charm this town has always been noted for. It is still a great place to escape to and I feel hopeful it will remain so.

My room at Mea Culpa 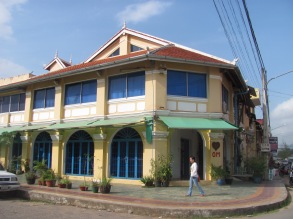 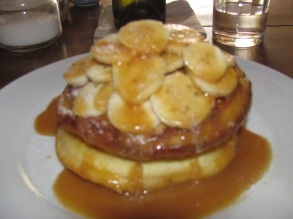 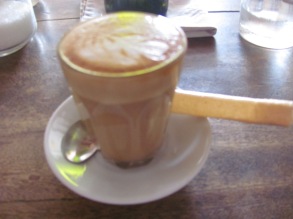 A latte at Espresso Cafe-delicious! 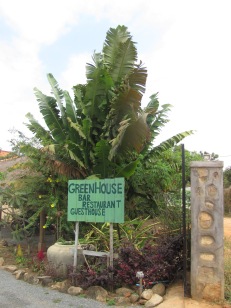 Entrance to the Greenhouse.

The Kampot River from the deck of the Greenhouse. 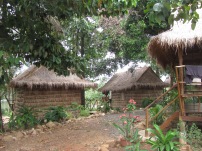 Thatched bungalows at the Greenhouse.

Woman working in the salt fields. 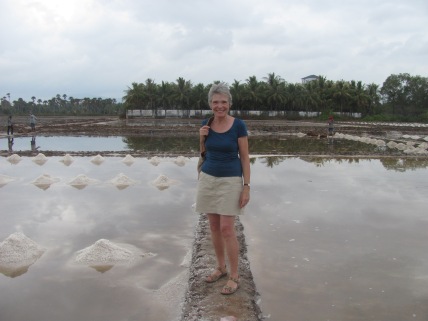 Woman not working in the salt fields! 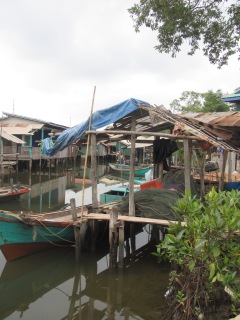 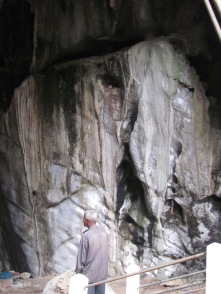 This is why this cave is also called the “elephant cave”.

The not so Secret Lake.

At a pepper farm near Kampot. 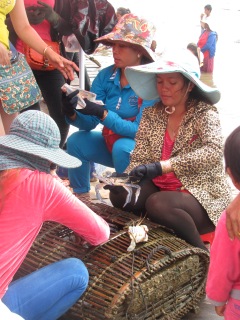 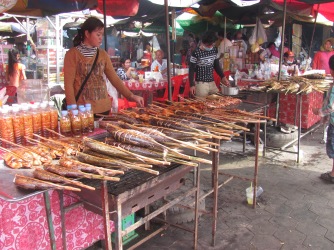 All kinds of fish for sale at this Kep market. 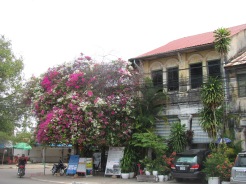 One of the original French buildings in Kampot.

More children who like to have their picture taken.

Enjoying the sunset along the river.

11 thoughts on “Escape to Kampot”