“The greatest adventure you could ever take is to live the life of your dreams.” These are the words of Oprah Winfrey and she could not have said it better. As an old year passes and a new one begins, I can’t help but be captured by her words of wisdom. Like many of us, I find myself reflecting upon what dreams or goals I have realized this past year. I usually do set out some kind of plan or rough road map of where I want to go in any given year. This has become especially important since I have begun travelling again. So when Hubby and I decided to visit Morocco in April, I knew I just had to take a camel trek into the desert.

This dream goes back to 1970 when I saw my first camel in the Negev Desert while backpacking around Israel.  I never got to actually ride one then but always thought it would be a neat thing to do. Unfortunately, the dream was not what I had envisioned and what the guide books had said it would be. My overnight camel trek to the edge of the Saharan Desert turned out to be one of the most gruelling undertakings I have ever experienced. None the less, it was well worth it, and I would do it again if I had the opportunity. You can read more about my adventure in my April post, A Saharan Adventure.

This adventure and the story I had written about it inspired me to reflect upon all the places I have visited and written about in 2015. For the past two years, Word Press has sent me a summary of all my posts to inform me of which ones garnered the most attention. To my surprise my camel story didn’t get as much attention as I thought it would which may have been because I was unable to publish any pictures with it. Who knows? The stories that got the most views and comments were those I wrote while in Cambodia. Phnom Penh Revisited, Escape to Kampot and Battambang – the Heart and Soul of Cambodia were at the top of my reader’s lists.

Even though it has been Thailand I have headed to for the past eight years, it has always been Cambodia, which I have visited three times, that somehow has impacted me the most and definitely helped me to grow in so many ways. I have nothing but complete admiration for the endurance, openness, and basic sweetness of the Cambodian people. Theirs is a story that is worth the telling and is probably why I am so motivated to write about them and the complex history that has shaped them.

After I return home from my winter travels, my focus changes from travel to adjusting to life in the tiny fishing village of Victoria Beach. My posts over the summer and fall have meandered from short trips taken to places nearby or further afield and to learnings in my own life. Two recent posts entitled A Recipe for Ageing and A Moment of Happiness received more response than I thought they ever would since they were about rather weighty topics. However, I should not be surprised as both of them speak to certain aspects of our human condition, a subject that has always interested me and apparently many of my readers.

I have asked myself if I accomplished most of the things I had set out to do last year this time? I certainly did when it came to travelling but not nearly enough in my writing. Somehow life simply gets in the way of doing more of it, and I must confess that my lack of discipline is also to blame. I shall promise myself to not get too worked up about not accomplishing all I intended by simply putting them on the agenda for 2016. There is still time to get really serious about the writing if I could just learn to let some other things go. Ah, but it’s the ‘letting go’ which is the difficult part.

As I said the travel part and where to travel to is the easy bit. I will be fulfilling another travel dream this coming year by going to South America, specifically to Ecuador. For many years I have read about the wonders of this tiny country but I am not talking about a trip to the Galapagos. What intrigues me is why it’s become a sought after haven for ex-pats, for its indigenous culture, and its social systems. It’s also noted for its crafts and markets so I will be searching out these for my small importing business. In March, I will meet up with Hubby in Buenos Aires in Argentina where we will lap up the life of this very cosmopolitan city and perhaps even learn how to tango. I don’t plan to do too much travelling as that becomes very expensive. Instead I am hoping that by staying close to our small rented studio that I will be able to carry out my goal of doing more writing this coming year. Ideas and comments for what I could write on or improve upon are always welcome.

A very Happy New Year to you all! 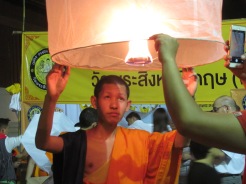 A close up of a lantern 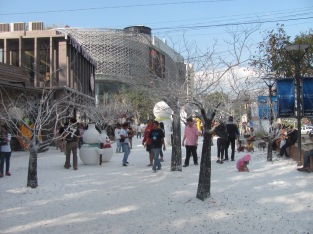 One of the princesses 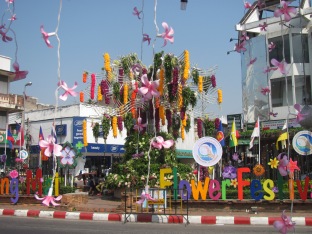 One of the festival floats 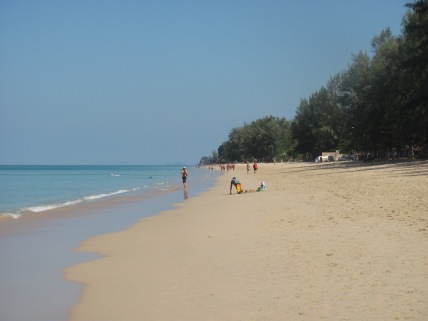 My bungalow on Koh Lanta 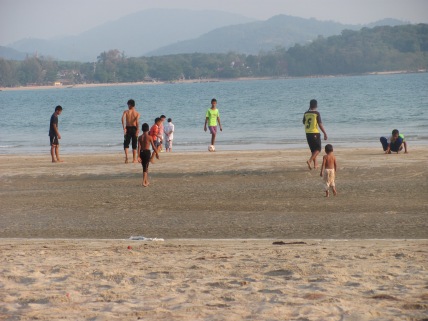 Soccer on the beach in Koh Lanta 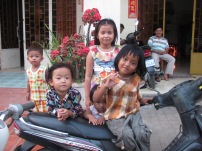 A pepper farm in Kampot

The Phare troupe in Battambang after their very energetic performance. 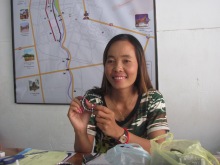 Kimleung showing one of her finished products- Battambang

Houses along the Tonlee Sap – largest lake in Cambodia

Houses built on stilts all along the lake 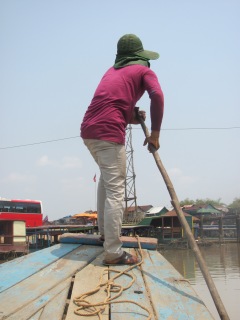 Captain of the boat which took me out on the lake 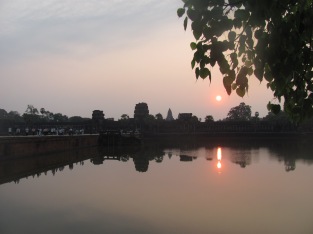 Image of the faces carved into the ruins of Ankor Thom

Huge kapok trees growing into the ruins of the Ankor empire

The jungle overtaking the ancient city of Ankor

Beetles and bugs for dinner anyone? 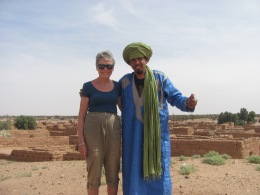 My guide for the camel trek

The camels for our trek 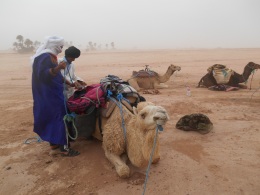 Trying to load up the camels

All set for the trip back 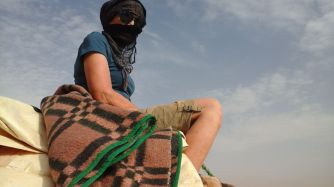 On top of my camel – such a thrill!